IRREVERENT Magazine (ISSN 1932-4952) is a humor and satire magazine published by IRREVERENT Publishing, LLC based in Wisconsin, USA.  Among other things, IRREVERENT is an gaggle of writers gathered around being funny, free expression, cultural examination, bizarre rants, and palming your meds if the writing is any indication. 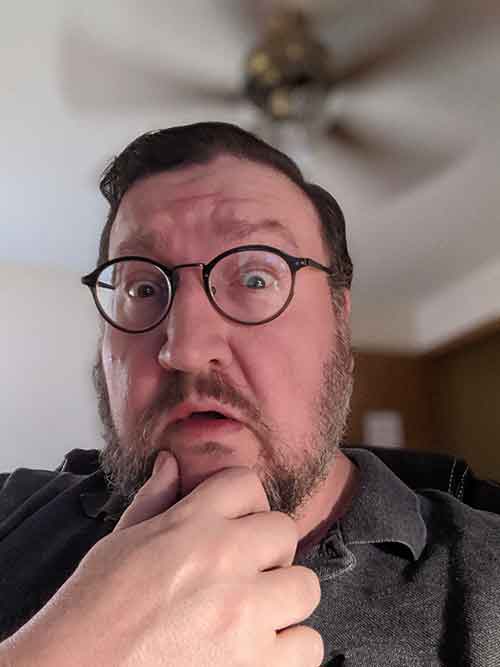 IRREVERENT Magazine has a long and glorious history of examining American culture through a fun-house mirror and then ranting about it.  Readers are encouraged to click around and see for yourselves.  Chances are, if you hold something sacred, we've sneezed all over it somewhere around here.

IRREVERENT is always interested in networking with other zines, blogs or other oddities that share some part of our distinctly slanted view.  Contact us to hook something up.

Scott Meadow, IRREVERENT's publisher and general, all-around hack has been doing this for way too long.  He writes a lot of stuff you'll see around here, including the majority of the Newz, and other stuff.  Meadow spends some of his time on "The Editor's Mess," whenever he's not writing something else or channeling his sometime alter-ego Dan McHicktock.

Tyrone Mercer, one of IRREVERENT's Founding Fathers and chief political hack, is always looking for an angle to game the system.  He rarely finds one.  He spends most of his time in a well-publicized bro-mance with IRREVERENT's chief legal counsel Hashimoto Suntori.  What the two of them do on any given Karaoke night is the stuff of legend.

John Sammon is a humor writer depending on how creative he is and how he feels on a particular day. He is the author of two brilliant novels largely unknown and unrecognized by the public because the literary hacks who run the publishing houses in New York can’t understand talent.

IRREVERENT is also always looking for writers who share our distinctly slated views.  Political affiliation is not a prerequisite, nor is nationality, ethnicity, creed, blah blah blah, we don't care: what does matter, however, is that you see things in a strange, unique, and wonderful way.  Write something terribly witty and insightful and send it to us.

IRREVERENT was started in 1993 by Scott and Tyrone in America with $18,000 and the bold (stupid? moronic? hopeless?) idea that there just weren't enough original humor magazines around with a national scope.  We culled writers from across America, mostly old college drinking buddies, got some office space and began laying out the very first issue. The office was cool because it had a big, abandoned safe in the back, which we used to keep beer and garbage cold.  Certainly not to keep our money.

A short while later we discovered that, in fact, there really wereenough original humor magazines around with a national scope, if our flatlined sales were any indicator.  So we closed up shop in print and reopened on the fledgling World Wide Web, Al Gore having invented it mere hours beforehand.

Hard as it is to believe, in the early nineties the web was basically a bunch of universities with text-only websites you'd have to travel to via Lynx, a text web browser.  Needless to say, the audience was small and unsophisticated, not nearly as whiny as today's webheads.  By the time Netscape released it's first graphical browser in December 1994, we were all very relieved. Some of us physically jumped for joy.  We partied long into the night and woke up somewhere outside Topeka, Kansas without pants or underwear, our wallets gone, our heads pounding like a jackhammer and our eyebrows completely missing.

A Period of Transition

The Modern Era
Coinciding nicely with the 2000 Presidential Chad RoundupTM, IRREVERENT went through another upgrade and incorporated many so-called features like boxes and poorly drawn toons.  And we added some more lunatics to staff.

Yet despite all that our readership continued to grow faster than the national deficit, and before long there were over 16,000 of you each year reading our demented, delusional ramblings.  So where were you guys in 1993? 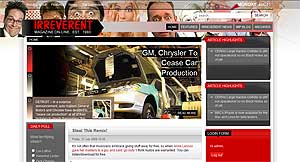 Today...And Beyond The Infinite
Today IRREVERENT is published from Milwaukee, Wisconsin, a town with a blood alcohol content that would've killed Louie Anderson, not that location matters anymore since I can now read from a Chinese newspaper faster than I can finish scratching my privates.