UNITED STATES - Today President Trump fully endorsed the controversial Vial of Pure Evil in its senate run, despite being an admitted vial of pure evil. "We need this vial in the senate, and the sooner the better," said President Trump. "We all know the vial is pure evil, we get it, everything has its faults, nothing is perfect, not in this world, particularly concentrated essences of distilled evil like this. But we need all kinds of different points of view, on all sides of the issue. It's important. How else can this be a democracy or whatever?" 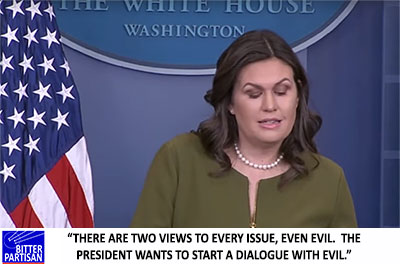 Although The Vial of Pure Evil is running as a Republican, no other Republican leaders have endorsed it. "No, I don't think the vial should continue its senate campaign," said Majority Leader Mitch McConnell. "It's a vial of pure evil, for goodness sakes. Yes, we need Republican votes but ... but ... this is pure evil! There has to be a limit, and we can't just go letting this ooze into the United States Senate! It freely admits it's evil! Evil is in it's name!!" 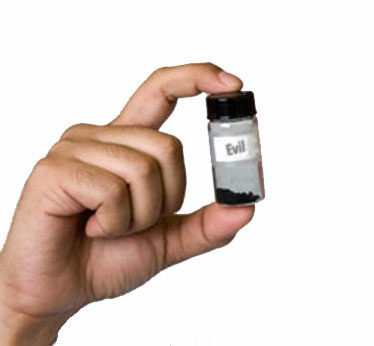 The Vial of Pure Evil, meanwhile, remains defiant of all opposition. "I will never suspend my campaign," said the Vial. "I will crush all opposition and ruthlessly eliminate all those who oppose my dark designs. Those who survive will do so only with my express permission, and solely for the purpose of exacting my revenge upon them and their families. Tremble before my awesome might. Prepare for my glorious kingdom of darkness and despair."

Pausing between explaining the President's anti-Muslim tweets and his taunting of North Korea, White House press secretary and woman who deserves a 500% pay raise Sarah Huckabee Sanders explained. "Look, we all know that the Vial of Pure Evil is evil, ok. We get it. Evil is evil. The vial admits it, and the president knows that too, he does. Does that mean it can't run for the senate? That's the issue here, see. Just because we don't like what someone says, or what someone stands for, doesn't mean that's not what the country needs. The President gets that, and just wants to see an even playing field for everyone, including unspeakable evil."