IRREVERENT Magazine is a news satire magazine: we were doing bogus news before it was popular.

WASHINGTON – Today a spokesperson for the Presidential Office of Business Oversight (POBO) said that the office has “already invoiced” both Uber and Lyft for President Trump’s latest Executive Order, which “invalidates” California’s Assembly Bill 5 that attempts to enforce stricter guidelines over which employees can be categorized as “independent contractors.”

“This is both consistent with Administration Policy and the right thing to do,” said POBO spokesperson Forest Bardo.  “If the US Government helps out a company, companies, or even an industry, shouldn’t the American People get a cut?”

Over a modest diner breakfast, IRREVERENT’s budget National Security correspondent Irv Michaels called the move “slightly different” than Trump’s demand for a finder’s fee on the Microsoft acquisition of Chinese social-media sensation Tik Tok’s US operations.  “The difference between this shakedown.. sorry, I mean fee, and what he demanded from the Tik Tok deal is that with Tik Tok there was no direct meddling with a court ruling, simply a demand for payment for services rendered,” said Michaels, drinking his third free coffee refill.  “Directly interfering with a court decision on behalf of those adversely affected by that decision, well that’s mafia stuff.” 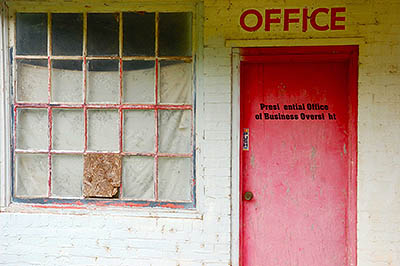 According to the invoices obtained by IRREVERENT, Uber and Lyft are instructed to pay an amount equal to “6% of its California profits” within 30 days or “face a negative Executive Order.”  The invoices contain a “Presidential Office of Business Oversight” letterhead, with a mailing address of a seemingly empty office in Delaware.

Baffled legal experts continued to be baffled by the move.  “Another unprecedented example of executive branch overreach, this time bordering on outright extortion,” said Stoner McCabe, the Roger Stone Chair of Bizarre Law During the Trump Administration at Rutgers University.  “Richard Nixon looks like a hopelessly absurd underachiever by comparison,” he added finally.

Republican leaders showed their support for Trump’s action at a hastily prepared afternoon press conference.  “The nation is battling multiple things right now, and the President is doing everything he can to increase revenues without additional taxation,” said Senator Thatcher Blackwell (R-Idaho), ranking member of the Senate Appropriations Committee.  “Without any direct taxation, I mean.”